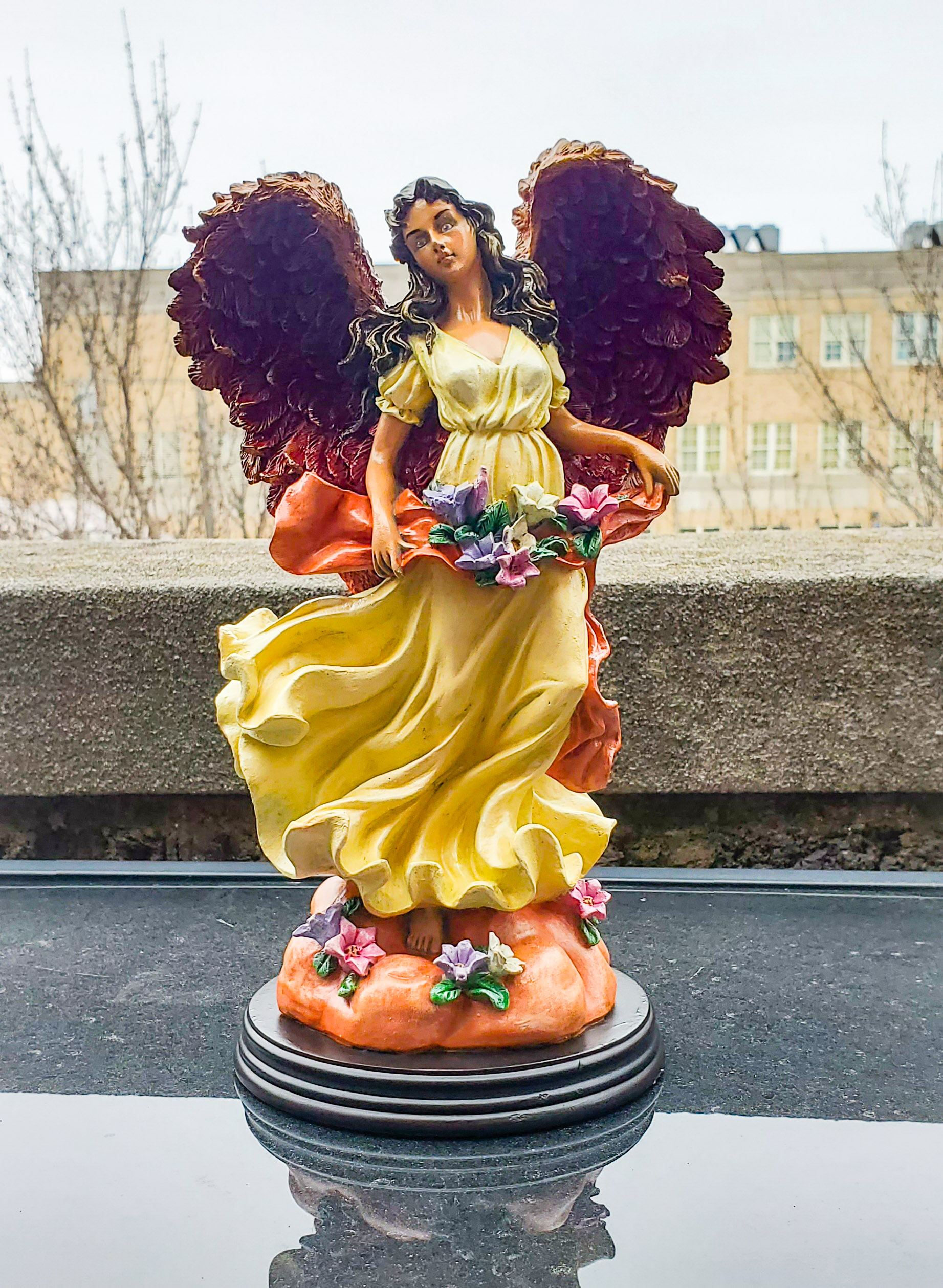 As an artist that specializes in cult iconography I am often approached by clients who are looking for a representation for obscure Gods. Often times these Gods have no known representation, or representations that have not gained popularity to join the mass production market. I have even found myself sculpting statues of Gods I couldn’t find for my personal cult such as Nemesis, Melusine, and Hekate Einalia. But most of the time I adopt an easier approach of re-purposing statues.

On my altar to Selene and Helios I have two large representations, Selene made from a generic female statue I sculpted bull horns for, and Helios made from a Statue of David. As Eros led me to explore the Anemoi, the Wind Gods, I started to research Their mother, Eos, Goddess of Dawn. Needless to say She has no representation that really fits with my Hellenic view with the exception of the statues of Aurora that came out of the turn of the century. So I began to look for a statue I could use and transform into Her.

To begin I researched classical imagery of the Goddess to figure out a baseline of what I was looking for. Then I began to research Her a little more in depth. Eos, the Goddess of Dawn, actually shares a source with other Dawn Goddesses such as the Roman Aurora, the Vedic Ushas, the Lithuanian Ausrine, and the Germanic Ostara (Eostre). All of these incarnations come from the Proto-Indo-European Goddess Hausos. She is a Goddess of Dawn and renewed of life (possibly where the Spring associations come from with Eostre) so my first search was “angel with flowers statue” because I wanted this image to give a nod to Her associations with renewal despite them missing in Hellenic mythology. After combing over pages I settled on one that fit what I was looking for, a fairly standard angel on a cloud with a billowing cloth and flowers.

Whenever I re-purpose statues I try not to look at the original paint job because repainting them is my primary way of consecrating the image to the God I am creating. So for this one I set out to get inspiration and found my color scheme in the painting of Eos by Evelyn De Morgan. I actually liked the yellow dress the statue had so I kept that color. As I painted Her I continuously read Her myths and hymns ( I work at my desk in front of my computer screen).

I repainted the flowers in colors one would find in a sunrise, and by the time I was done the statue was completely transformed into the perfect Eos! I have similarly used angel statues for other winged Goddesses such as Iris and Khione and I find them to be perfect base images that can function as sacred art for those hard to find Celestials we want to celebrate but have a hard time manifesting in physical form, perhaps hiding in those statues all around us.