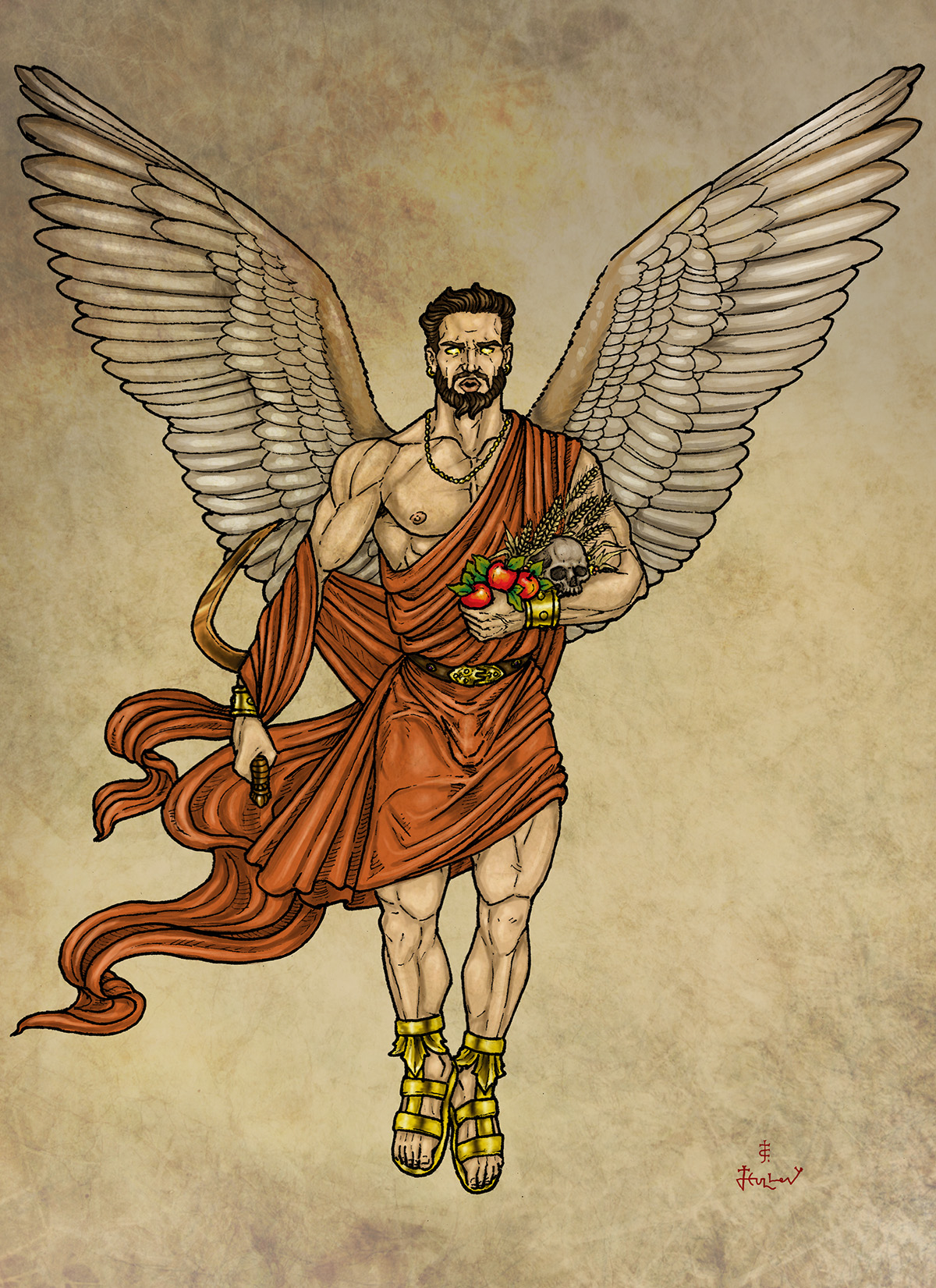 The Anemoi are the Wind Gods of the Hellenic Pantheon. Each corresponds to a cardinal direction and a season. Hesiod mentions only three of the Wind Gods, Boreas, Notos, and Zephyros. When he wrote his “Theogony” the Greeks only observed three seasons: Winter (Boreas), Summer (Notos), and Spring (Zephyros). By the time of Homer’s “Odyssey” we see the inclusion of Euros, the Wind God of Autumn. Sadly this leaves Euros out of the Orphic Hymns, but I decided He needed one so I made my own. I have included the traditional Orphic Hymns to Boreas, Notos, and Zephyros with my own personal hymn to Euros included, based on the hymns of His brothers. Interestingly Notos is given the more flowerly description rather than Zephyros. They appear in order of the changing Seasons.

Orphic Hymn 79 To Boreas, the North Wind, God of Winter

The Fumigation from Frankincense.
Boreas, Whose wintery blasts, terrific, tear the bosom of the deep surrounding air; cold icy power, approach, and favoring blow, and Thrace a while desert exposed to snow: the misty station of the air dissolve, with pregnant clouds, whose frames in showers resolve: serenely temper all within the sky, and wipe from moisture, Æther’s beauteous eye.

Orphic Hymn 80 to Zephyros, the West Wind, God of Spring

The Fumigation from Frankincense.
Sea-born, aerial, blowing from the West, sweet Aurai, Who give to wearied labor rest: vernal and grassy, and of gentle found, to ships delightful, through the sea profound; for these, impelled by You with gentle force, pursue with prosperous Fate their destined course. With blameless gales regard my suppliant prayer, Zephyrs unseen, light-winged, and formed from air.

Orphic Hymn 81 to Notos, the South Wind, God of Summer

The Fumigation from Frankincense.
Wide coursing gales, Whose lightly leaping feet with rapid wings the air’s wet bosom beat, approach benevolent, swift-whirling powers, with humid clouds the principles of flowers: for flowery clouds are portioned to Your care, to send on earth from all surrounding air. Bear, blessed powers, these holy rites attend, and fruitful rains on earth all-parent send.

Personal Hymn To Euros, the East Wind, God of Autumn

The Fumigation from Frankincense.
Euros, soft breathed Wind, sending cool and faithful breeze over the fields at harvest’s end; bring celebration: garlands of golden shafts of grain and fiery tempered leaves, so we may rejoice and rest before bitter Winter’s reach. Turn Your gaze to this honored rite, and may You come at all times with victory and might.