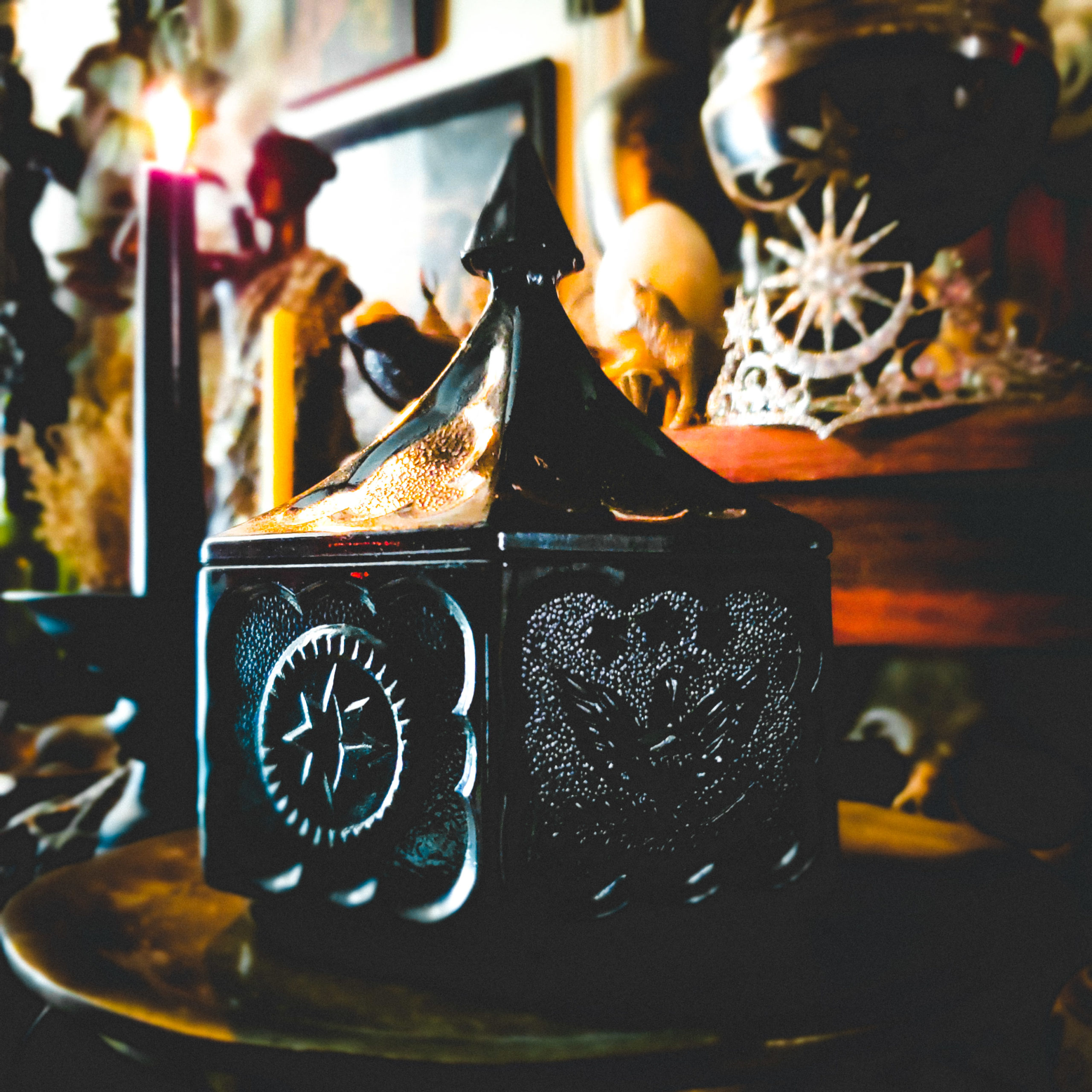 Sacred vessels are basically physical “bodies” for divine energy, also known as manna, dynamis, or numen, to be stored in, kind of like a rechargeable battery. This ritual can be customized and personalized but I will go over the basic principles of theurgy that will be used in its creation. That is, a reduction of Cosmic forces to their simplest symbola. If we follow the chain from Celestial Divinities, the largest and greatest force, we reduce Them to the power of a corresponding heavenly body, such as a star or planet, then to a sentient being like an animal, then plant material, and finally to inanimate objects like minerals, metals, stones, and dirts. This creates a sort of divine microcosm that makes the divine energy safe to work with. What we are doing is creating a cosmic link to the God, manifesting Them in the physical world. The concept is that all things are linked to specific divine energies through the ether and the more links in the chain, the more powerful the connection. As an example lets use Hekate as Queen of Witches.

For Her vessel I would use the following:

Combining all of these together makes a vessel strong enough to channel the energy of Hekate, each link making the energy more and more safe to be in the presence of. If you cannot get every link that is totally ok. There is no right or wrong way of doing this, so construct it within your means.

Once you have chosen your deity and vessel, burn an appropriate incense and draw a symbol of the deity on the inside bottom. Fumigate the vessel by passing it over the incense filling it with smoke. Add the crushed heads of nine matches to the symbol or sigil and light it to activate it. Next place the central stone in the middle on top of the deity’s symbol. Surround this with the earth, then the sacred stones, then the metals, then animal, and finally plants. You can add any charms or other materials that symbolize the deity, again using Hekate as an example, charms and amulets symbolizing witchcraft, silver toned coins, little mini statues of the Goddess, or parchments with hymns and prayers. Once done splash the contents with libations to feed it, fan some incense smoke into it and close it.The entire process should be accompanied by prayers to the deity and the vessel should be left on the altar next to your statue (agalma) or image. You can open the vessel on sacred days to re-libate, and fumigate with incense.

*Remember that for libations, anything that is wet will start to decay the plant and animal material so you can use a “syrup” made from evaporated libations that have been gathered from the altar of the God the vessel is for. Honey is also an appropriate all purpose libation and is especially preferred for chthonic Underworldly Gods to sweeten Them to you. Nothing is to be removed from the vessel. Once it is a part of the cosmic system within it, it is permanent. These elements are going to be imbued with dynamis as well as your petitions, prayers, and witchcraft.

*The vessel also does not NEED to be covered. My little sister constructed an open vessel for Hekate and crowned it with bones of deer, and the skull of a cat (found on our property). If you do this form of vessel your agalma can also be enthroned in the center of the vessel itself.

3 thoughts on “The Sacred Vessel”